Amongst one of the World’s most respected and admired companies 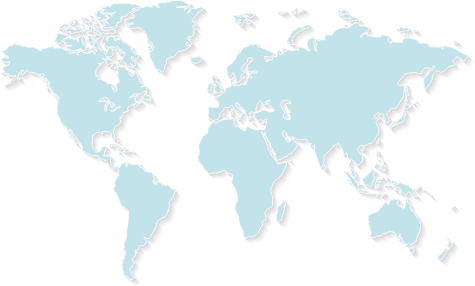 Lubrizol - The Inventor of CPVC

To understand how Lubrizol became the inventor of CPVC resin and CPVC compounds, a short walk into history is necessary.

BFGoodrich invented PVC in early 1900. It was found that PVC is a good material that could be easily molded, extruded in the form of pipe, and had a very smooth surface. It was an ideal solution for transporting water, over metal pipes. In the 1920s-30s, BFGoodrich started promoting PVC and it did very well in the US market.

After 10 years of market use, it was understood that PVC had limitations.

This prompted BFGoodrich to go back to the R&D labs. It was the 1950s, when BFGoodrich started working on a PVC polymer which could withstand heat and be safe for potable water transport. Till 1959, they persisted and came out with this wonder material known as CPVC (Chlorinated Poly Vinyl Chloride). So they modified PVC and added more Chlorine to the polymer chain, hence making it more stable. CPVC operates better than PVC at higher temperatures without failure. In 1960, BFGoodrich did the first commercial application of CPVC.

Just manufacturing the CPVC resin wasn’t enough. To be extruded into pipes and fittings, CPVC needed additives and fillers. BFGood rich realized that the addition of fillers resulted in the weakening of the pipe. Thus, BFGoodrich decided to distribute not just the CPVC raw material, but the entire systems including manufacturing know-how and a Brand name. That is how FlowGuard® was born. FlowGuard® CPVC pipes and fittings were licensed out to various companies in the United States and FlowGuard® CPVC growth started.

In order to demonstrate adherence to the highest standards, the first installation of CPVC was done in Michigan in a test house. BFGoodrich worked closely with ASTM organizations for creating standards for countrywide acceptance of the product. After the success, BF goodrich expanded their efforts to other areas across their world.

BFGoodrich had many inventions and patents to their name. CPVC and PVC are just two of them. After commercializing CPVC by the brand name of FlowGuard, they worked with National Codes (NSF) and started promoting CPVC as a Plumbing Pipe in the United States, Canada, and surrounding Countries. With the passage of time, CPVC was increasingly accepted as a plumbing product and also as a sustainable ‘green’ option.

Today, FlowGuard® is approved by most portable water agencies around the world.

By the year 1999, CPVC was well established in North America and South America.

In 1997-98, BFGoodrich made some strategic changes to their business and this lead to their speciality chemical division being taken over by Noveon in 2000-01. This is how Lubrizol gets the parentage or legacy of FlowGuard and CPVC. The inventor of CPVC was BFGoodrich but since the whole speciality chemicals division was bought over by Lubrizol, Lubrizol can be called as the inventor of CPVC.

FlowGuard® Plus - The Pioneer of CPVC in India

FlowGuard® was launched with Astral Pipes as the first licensee.

Lubrizol & Grasim announce a 100,000MT resin plant in Gujarat to support its customers growth in India..

The story of FlowGuard® Plus in India begins with India’s economic liberalization story.

India’s Economic Liberalization in the 1990s

In the 1990s, India’s Economy started opening up to investments from outside. Given India’s favorable demographics, developed nations like the US were keen to look at India for growth reasons. Thus, Lubrizol (BFGoodrich at that time) explored India as an investment destination.

In 1995, a BFGoodrich team visited India and met the leadership of India’s top companies but No one showed any acceptance of a plastic pipe for plumbing purposes.

Getting started with Astral Poly Technik

Lubrizol never gave up and continued its efforts. In 1998, it signed its first customer in India - Astral Poly Technik. Astral started with Corzan industrial piping solutions. In the time period of 1998-2000, Astral faced challenging business times in the industrial segment. A change was imperative to survive the grim situation.

That is when Astral Pipes started concentrating on the plumbing side. In 2000-01, FlowGuard was launched with Astral Pipes as the first licensee. India was mostly using G.I pipes & round the same time other plastic pipes from Europe like PPR which had more wall thickness and were sturdy-looking had also started making in roads in the market. CPVC had immense competition as PPR & GI were both cheaper that CPVC. The going was very slow as there wast only one manufacturer in the market and all the fittings had to be imported.

FlowGuard was a path-breaking product in the context of the market - the first CPVC in hot and cold plastic piping in India. FlowGuard Pipes and Fittings ensured,

The going was tough & progress was slow, but acceptability was improving. To intensify the awareness In 2004, Lubrizol appointed the demand creation task team which started doing aggressive programs for customers and market participants. The programs were directed to educate builders, engineers, consultants, and plumbers. This helped in creating good awareness & strong follow up started seeing higher acceptability & this fueled growth

Between 2004 and 2005, FlowGuard signed agreements with two more licensees in addition to Astral Pipes. Lubrizol believed in the India growth story. With two more licensees (Ashirvad Pipes Pvt Limited and Ajay Industrial Corporation ) there would be more market interest for CPVC and growth would take off. All these three companies were small scale pipe manufacturing companies. However they all shared the common vision of delivering quality to their customers and that FlowGuard piping systems was the best solution for the Indian market.

With the demand creation team and licensees, FlowGuard started making progress. CPVC acceptance grew and limitations of other piping systems started showing. 2004 to 2007 was a good time for CPVC. Steel prices were rising because of the demand from construction work in China for the Beijing Olympics. This rise in prices prompted businesses to look for other material options - CPVC, PPR and other plastics.

The competition between CPVC & PPR started. PPR was thicker, looked study & comparatively 25% cheaper to CPVC. As time progressed , the market started understanding the benefits of CPVC - one pipe for all applications, easy installation and no negative effect of chlorine. The Big piping companies first launched PPR but gradually over the next few years realized that they were losing market as CPVC had established itself as a preferred material amongst plumbers & builders..

By 2010, FlowGuard was the number 1 choice for plumbing with 100% market share. This growth of our customers caught the attention of other pipe manufacturers who started shifting to manufacturing CPVC. A; the companies approached Lubrizol for CPVC FlowGuard technology and were will to pay whatever it took to manufacturer CPVC in India. However Lubrizol stood by the licensing model and which ensured growth to its customers and a quality product to the market.

From 2010 to 2014 , every one wanted to get into CPVC pipe manufacturing and there were 100+ companies selling similar looking pipes to FlowGuard and trying to cash on the growth of FlowGuard . Market did not understand the difference. When buyers went out in the market and asked for FlowGuard, dealers would push other similar looking products as “FlowGuard”. That is why Lubrizol relaunched FlowGuard as FlowGuard Plus. This was to support engineers, plumbers and consultants in better execution of their projects. The upgrade from FlowGuard to FlowGuard Plus featured the following,

To support the growth of FlowGuard in India, Lubrizol set up CPVC compounding plant in Dahej, Gujarat with a capacity to produce approximately 55,000 metric tonnes of compounds annually, it was one of the biggest such plant globally. Lubrizol invested more than $ 50 million (Rs 325 crore) in the plant. It’s working at full capacity till date serving it customers who are piping millions of houses across India

In 2020, Lubrizol and Grasim Industries Limited, entered into a definitive agreement to manufacture and supply CPVC resin in India by building the largest ever resin plant in Vilayat, Gujarat. It’s a project in progress but once commissioned, this near 100,000 metric-ton state-of-the-art CPVC plant, will be the largest single-site capacity for CPVC resin production globally. The project will take part in two phases, with the first phase of production expected to be operational in late 2022.

Since 2005, Ashirvad has been with FlowGuard® Plus. Ashirvad is one of the world’s largest CPVC manufacturer of FlowGuard® Pipes and Fittings with multiple manufacturing plants and 36,000 dealers across India. Ashirvad also serves BlazeMaster® fire protection systems, another Lubrizol brand dedicated to fire sprinkler pipes.

In August 2020, Lubrizol announced their alliance with Prince Pipes. Prince Pipes is one of India’s largest integrated piping solutions and multi-polymer manufacturers. With a network of 1408 distributors and 6 strategically located state-of-the-art manufacturing facilities, they have the ability to cater to the most remote locations in the country.

In 2004, Lubrizol partnered with Ajay pipes with a vision of strengthening its hold on the Indian plumbing market. The partnership lasted for 8 strong years before ending in 2012.

The 1st licensee of FlowGuard® Plus in India, Astral, and Lubrizol initiated their partnership with Corzan® in 1995, furthering it with FlowGuard® plus in 2001. The 20-year partnership ended in 2016 after astral decided to part ways.

As one strong partner(Astral Pipes) parted ways, another joined. Finolex Pipes and Lubrizol reached an agreement to produce CPVC pipes under the name Finolex FlowGuard® from 2016 onwards. It was a short alliance which ended in August 2020.