Night after night when I look out to the starry sky, I have always wondered, is the future of humanity out there in deep space? Since ages man has always been intrigued by what lies beyond those glimmering stars.

The Indian literature is full of astrologers and astronomers like Bhaskaracharya, Brahmagupta, Aryabhatta, etc. from 2 millennium BC who had mentioned that the earth was a sphere and revolved around the sun by merely looking at the shadow of earth cast during eclipses, while the western world executed Galileo for saying the same. Secret societies like Illuminati were a loggerheads with the Vatican for revealing startling facts of the universe. Authors like Arthur C. Clarke, H.G. Wells and hundreds have fictionalized space travel, time warp, and many other things a common man may never be able to imagine. Albert Einstein once worked on the theory of zero-point energy which could enable space travel by human at a speed faster than light. And, but of course, each one of us have at least once in our life had a thought of what lies ahead of us, what do we have in store in the future, cross our minds.

Even though the Indian Space and Research Organisation’s “Chandrayaan 2” has been deemed a failure and we may have lost the battle, but the war of space exploration is yet to begin for India.

Well I may not be an astrologer and am not writing this to predict the future of an individual or a community, but the way things are shaping up in this era of technology; I may be able to point out few things to come in the very industry in which thrive. The near and distant future of plumbing. 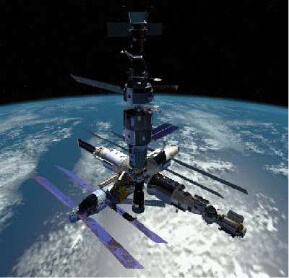 Shown along side is the Russian space station, Mir, which was occupied in orbit for 4592 days. In the future more and more space stations are expected, considering rampant space travel with longer lives of stations. These would serve as transit points or stopovers for travel to neighbouring galaxies or planets with terra-forming (further discussed).

Another possibility could be gigantic space stations which could harbour a complete township, a township of space explorers, the generations of which would be dedicated to space exploration (an artist’s impression on such a travel space colony is shown below).

No doubt, space stations or colonies would require basic human facilities like plumbing and sanitation, and water to compliment the same.

From what presently happens on space stations we can only imagine what will happen in the future. Let’s have a look at NASA’s “International Space Station”, (shown in the image alongside) which began its construction in low earth orbit in 1998 and is expected to be complete by 2011. While on earth, household plumbing is something most of us take for granted.

Turn the faucet and water comes rushing out. Flush the toilet and wate disappears. No rocket science, right? (Excuse the pun).

But on ISS imagine plumbing in microgravity, for example, which way would water flow in theabsence of gravity, would toilets flush in a free-fall? And what if you sprung a leak in some pipe? Ofcourse, thousands of plumbers would be willing to go fix this leak, but at 380 kms away from earth and at a speed of 450 kmph in orbit, it sounds like a job for superman or a super-plumber.

At any given time the ISS, including its plumbing, is a system in itself, totally cut off from any external sources. Between shuttle visits, the ISS runs of a fixed amount of air and water; efficient, leak-free recycling of every resource that flows through the pipes and ducts is highly crucial. Needless to say, the astronauts poised to blast off for an extended stay on the ISS might first consider dashing to the restroom for a quick splash at the lavatory, or better yet, a luxurious hot shower. Because once onboard the ISS, spacefarers are in for a steady diet of sponge baths using water distilled from, among other places, their crewmates breath! Sounds queasy, read no further, since the crew mates may include rodents like rats too…breathing ones. All of the occupants of the space station lose water when they exhale or sweat. Such vapours add to the ambient cabin humidity, which is eventually condensed and returned to the general water supply. I’d rather skip a drink of water on ISS, which reminds me, the ISS has its own miniature, but sophisticated, water and sewage treatment plant onboard. This little equipment is designed to achieve very high level of cleanliness as compared to earthly counterparts since this system even recycles urine of its primates (rodents and other creatures included) and returns it to drinking water supply, since health is a major concern, yes, you would need a super-doctor now. Not only for the health of the occupants, but also for the station itself, space station Mir had a hard time dealing with fungal growth. Shown below is the flow of recyclable resources on ISS. Almost mimicking the water cycle on earth.

The tubing for such controlled “ship in a bottle” environment are expected to be compact,lightweight, corrosion-resistant, leak-resistant, microbe-resistant, and highly dependable. To meet this tall order, the pipes of the space station are variously made from titanium, stainless steel, or Teflon wrapped in metal mesh compared to household plumbing which is typically made of plastics and metals. Along with these unique demands, another challenge is the supply of water without gravity.

The image on left was captured in Earth’s gravity — the air rises and forms a layer on top of the water because gases are less dense than liquids. The image on right captured in free fall (equal to zero gravity), shows that density differences are irrelevant. The air can form a core flowing through the centre of the pipe, surrounded by water.

To keep the fluids flowing, the ISS plumbing system includes dozens of pumps and fans that create the pressure needed to coax the liquids and gases into moving. This is what water, if left free, would look like in zero-gravity, just accumulated like a crystal ball. The image on left was captured in Earth’s gravity — the air rises and forms a layer on top of the water because gases are less dense than liquids. The image on right captured in free fall (equal to zero gravity), shows that density differences are irrelevant. The air can form a core flowing through the centre of the pipe, surrounded by water. 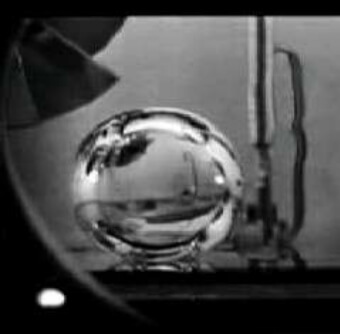 To keep the fluids flowing, the ISS plumbing system includes dozens of pumps and fans that create the pressure needed to coax the liquids and gases into moving. This is what water, if left free, would look like in zero-gravity, just accumulated like a crystal ball.

Further active components are needed to help remove the faeces and urine away from the occupants. Two machines separately handle these two body functions both use air flow created by suction to facilitate waste removal and send it to recycling.

To simply put it, if such systems were implemented on earth, it would be the perfect “Green Home”.

Terraforming (literally, “Earth-shaping”) of a planet, moon, or other body is the hypothetical process of deliberately modifying its atmosphere temperature, surface topography or ecology to be similar to those of Earth to make it habitable by humans and other animals we depend on.

Shown here is an artist’s conceptualization on terraforming of Mars in four stages.

Why would we need terraforming?

Though many theories exist, including, end of the world, apocalypse, earth core imbalance, meteor collision, human extinction, space exploration, population explosion, etc. Not to forget the December 21, 2012 forecast. But I won’t go more in all that, let Google handle that for me.

But the fact is that there are many articles on the internet which claim planets like Mars, the Moon, Saturn’s moon Titan, Europa the moon of Jupiter can be terraformed, since some have traces of water or have resources to form water. Though there are immense challenges like the Europa happens to be in a belt of heavy radiation and any human could die in about 10 minutes, the terrain of mars suggests that water did exist millions of years ago and could be reformed on the surface.

The biggest challenge for terraforming lies in Plumbing. As we all know that earth’s major factor used for plumbing, especially drainage, is gravity, as opposed to that say if we had to design a drainage system on Mars, which has 38% times less gravity. The gradient required to obtain a velocity of 1.00 meters/second in a 150mm diameter pipe would be a drop of 1 meter in about 35 meters length, quite a steep gradient as compared to our mother earth. Thinking of a semi-vacuum based system might not be a good idea here, because the atmosphere on Mars is even less than 1% than existing back home. Also water supply in hostil temperature conditions like -87°C to the warmest being 4°C might be quite challenging. Each and every drop of water, rather every molecule of water will have to be recycled. Which, in my opinion, has to be started from today so our generations to come will follow the principle religiously.

Some terraforming theories also include developing a shell around a planet or an area with controlled environments and localized temperatures and gravity, but that may incur very high costs and as is always plumbing may get a low-priority over life-sustenance.

Role of Micro-Organisms in Space

But of course, you can’t have conventional septic tanks or micro-organism based recycling on such terraformed planets. But we have cracked the DNA codes and are now genetically engineering many things; the time is not too far when genetically engineered micro-organisms would help in treating sewage and air. Such aseptic tank would have an input of sewage and the output would be potable water and clean oxygen.

As a matter of fact it is these oxygen-producing bacteria which created the earth that we presently live in. The image below, shows the earth 2.7 million years ago, which likely had a reddish hue when methane-producin microbes dominated ironrich oceans. Then nickel levels dropped in lava and sea water and oxygen-producing microbes proliferated, sending life on a new trajectory. 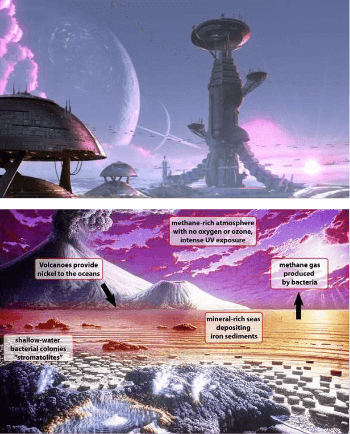 A species of bacteria known as Brocadia anammoxidans, or anammox bacteria survive without oxygen, consume sewage and produce rocket fuel. Yes, getting rocket fuel from bacteria which consume sewage. The anammox bacteria are anaerobic and produce energy from nitrite an ammonia which is commonly found in human waste. The unusual microbes consume ammonia, producing hydrazine—better known as rocket fuel—in the process. The ability still puzzles scientists. They are the only organism on Earth that produces hydrazine, so until their discovery, hydrazine was thought to be a man-made substance.

The bacteria safely store the toxic fuel in an organelle, or specialized cell structure, similar to mitochondria, a type of biological power plant found in human cells. The anammox organelle binds hydrazine with a fatty-acid membrane that could itself have intriguing scientific applications, including the design of optoelectronic equipment.

Whatever the future may hold in store for us, as long as humanity does exist plumbing and sanitation are going to be the bare necessity for the very existence on earth or any other celestial body or space.